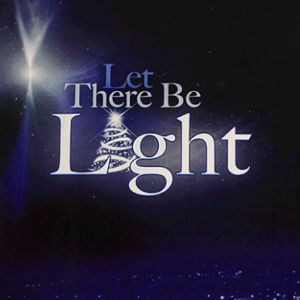 Let There Be Light

All of the worship and music resources, including audio files and sheet music, for "Let There be Light", written by Dave Clark and Carson Wagner.

In the beginning, God’s Word was spoken into the stillness of time,

and all creation was set into motion according to His design.

With one holy sweep the waters divided as the wind blew across the earth.

Then midnight surrendered to morning at the sound of the Father’s words:

“Let there be light!”

Redeeming light, the love of the Father revealed to mankind,

piercing the darkness with glory divine.

To a world that was hopelessly lost in the night,

the Father said, “Let there be light!”

God must have known that we needed a Savior

and He chose to give us His Son.

Yet wise men and shepherds, a stable, a manger

were not how a King should have come.

Just like the star that shone from the heavens,

a child had come to lead the way.

Unto a world that was lost in darkness,

the Father had come to say,

God knew my heart, the guilt and the sin, the darkness I was living in,

then He reached down where I could see, and whispered unto me,

Let there be light!

(All creatures of our God and King, join with us now and let us sing!)

Let there be light!

“Let there be light!”